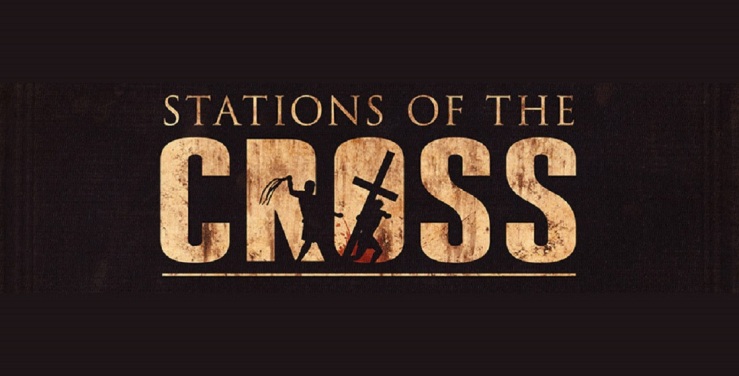 Then they seized him and led him away, bringing him into the high priest’s house. But Peter was following at a distance. When they had kindled a fire in the middle of the courtyard and sat down together, Peter sat among them. Then a servant-girl, seeing him in the firelight, stared at him and said, “This man also was with him.” But he denied it, saying, “Woman, I do not know him.” A little later someone else, on seeing him, said, “You also are one of them.” But Peter said, “Man, I am not!” Then about an hour later still another kept insisting, “Surely this man also was with him; for he is a Galilean.” But Peter said, “Man, I do not know what you are talking about!” At that moment, while he was still speaking, the cock crowed. The Lord turned and looked at Peter. Then Peter remembered the word of the Lord, how he had said to him, “Before the cock crows today, you will deny me three times.” And he went out and wept bitterly. 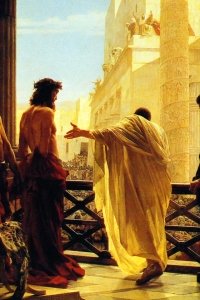 Pilate then called together the chief priests, the leaders, and the people, and said to them, “You brought me this man as one who was perverting the people, and here I have examined him in your presence and have not found this man guilty of any of your charges against him. Neither has Herod, for he sent him back to us. Indeed, he has done nothing to deserve death. I will, therefore, have him flogged and release him.” Then they all shouted out together, “Away with this fellow! Release Barabbas for us!” (This was a man who had been put in prison for an insurrection that had taken place in the city, and for murder.) Pilate, wanting to release Jesus, addressed them again; but they kept shouting, “Crucify, crucify him!” A third time he said to them, “Why, what evil has he done? I have found in him no ground for the sentence of death; I will, therefore, have him flogged and then release him.” But they kept urgently demanding with loud shouts that he should be crucified, and their voices prevailed. So Pilate gave his verdict that their demand should be granted. He released the man they asked for, the one who had been put in prison for insurrection and murder, and he handed Jesus over as they wished.

Sixth Station: Jesus is Scourged and Crowned with Thorns 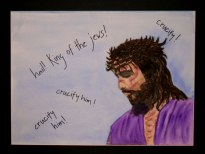 Luke: Now the men who were holding Jesus began to mock him and beat him; they also blindfolded him and kept asking him, “Prophesy! Who is it that struck you?” They kept heaping many other insults on him.

John: And the soldiers wove a crown of thorns and put it on his head, and they dressed him in a purple robe. They kept coming up to him, saying, “Hail, King of the Jews!” and striking him on the face.

Reflection: Peter, Pilate, and the soldiers charged with executing the sentence of scourging all have their way of dealing with and distancing themselves from Jesus. Peter denies knowing him, Pilate hands him over, and the scourgers mock him. Each one distances themselves from Jesus in different ways and for various reasons. Life preserving Peter protects himself from potential harm that may come to him because of his association with Jesus. Politically savvy Pilate seeks to preserve his seat of power and privilege.  And, the emotionally detached Roman soldiers are just doing their job, carrying out their orders from on high, no hesitancy, no questions asked. None of the three do the right thing by or for Jesus in the white-hot crucible heat of the moment. The closer Jesus walks to the cross through the stations of suffering, the further people distance themselves from him, self-justified in their reasons and actions for doing so.

The Grace We Need: For the grace to stand by and for Christ in white-hot crucible moments.

Let nothing disturb you; nothing frighten you; All things are passing; God never changes; Patient endurance attains all things; Whoever possesses God is wanting in nothing; God alone suffices.  Teresa of Avila